A bright flash, like lightening, races through the thick underbrush, followed by a high pitched humming, reminiscent of a women’s choir preparing their chorus. Amelia stands up from the little bush, forsaking her berry picking. Twisting about from side to side, searching for the source of that sound, she spies the old dead tree, its bleached white form sparkling under the bright rays of the noon sun breaking through the forest’s canopy. Picking up her basket, she approaches the little clearing.

Hiding in the shadows, she peers between the branches. Amelia drops the gathered fruit, gasping. In the sunlight his armor glistens like the stilled surface of a pond, the reflected beams stretching out, painting the walls of the clearing with stars. The brilliant figure moves, lifting his arms upward. Shouting, he collapses, crumbling to the ground. Coming up on her toes to see over the tree limb, Amelia watches the knight rolling onto his back, moaning.

His quick airy sighs transform into smooth heavy breaths. Beneath her careful step the dried leaves and twigs crunch. Amelia tiptoes into the clearing, stalking her way toward the stranger. Her long black locks of hair fall over her shoulder as she bends, kneeling beside the sleeping knight. Cradling his head in her lap, she starts pulling at his helmet, gradually revealing the face underneath.

The grizzled brown beard climbs up to his cheekbones, thinning like trees dotting a mountainside. Long unkempt hair, tied in a ponytail, pours out of the steel bowl that had covered his head. His mouth hangs open, the potent breath blasting Amelia’s face with a noxious odor. Holding the helmet up to the light, she studies the familiar shape. Looking down once more on this hairy specimen, she presses her lips together in a frown.

You’re him, she thinks, the knight on the cover of my old fairy tale book. If she had only known how badly he would smell. Setting the helmet aside, she spots the purpling skin crawling up his neck. Finding the leather buckles holding the steel plates to his shoulder, she relieves him of his armor, her delicate fingers removing his hard protection.

Amelia runs her hand over his swelling and bruised arm. It is hot to the touch, his digits growing fat like sausages. Turning towards the shield, she sees the impressive twin dents left by the shadow creatures. Picking up this scrap metal, she drags it around his body. Pulling his shoulders higher onto her lap, Amelia slides the broken shield under the knight. Standing up by his head, she tries to drag him out of the clearing using the curved shield as a sort of sled.

The humming has died away now, and the tree seems less bright. Panting, Amelia lets go of the shield, and sits down. Biting her lower lip, she studies this strange visitor. Am I mad? she wonders. She thinks over her life. The dead walk the earth at night, as far as I know I’m the only woman alive in the whole world, and my prince charming just appeared in the middle of a thicket. Laughing, she takes some solace in the fact that she must be crazy, that this is just her fantasy.

Then she looks at his arm again, and remembers his sour breath. No, she decides, I’m not falling apart, the world is. The knight, illusion or not, is too heavy drag home, at least, he’s too heavy as is. Crawling over, she begins undoing the side straps on his breastplate. Removing this, she moves onto the legs, plucking off one piece of armor at a time. After divesting him of all his knightly wonder, she piles the cold metal together under the roots of a fallen tree.

Holding his discarded sword in her hands, she looks from the pile of metal to the pile of flesh. Tossing the weapon, it lands with a clank amid the hollow suit of armor. Taking hold of the shield once more, she drags Johnny along the forest trails. With many a start and stop, they come to the log cabin Zach had built.

It was set against the side of a hill, amid the sweeping fields of grass, green stalks tossed in the wind, dancing like waves of the sea. The world was growing darker, the shadows of the tall evergreens reaching out toward her home like long teeth. Her small arms burned with the effort, as she tried to pull Johnny that last stretch. Gazing up into the sky, she realized that it was too late. The last glint of the sunshine disappeared as the shadows swallowed the glade.

It was seconds now, seconds before they would come. Clutching her jaw tightly, she screams, “Wake up!” 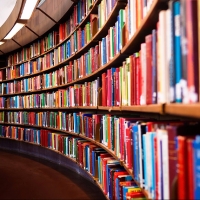