So, it’s been some time since I sat through a biology lecture, but I have discovered a great YouTube channel focused on teaching biology under the premise that the entire world is some sort of game. It’s called TierZoo. Tier as in hierarchy, and for us none gamers, a way of classifying different builds (think character creation) as optimal and suboptimal. Anyway, learned a lot watching these and laughed the whole way. Pro tip: don’t watch the spider episode if given to queasiness.

One fact I didn’t know was that standing up to a pack of wolves is the best strategy for most animals when suddenly confronted by the dogs. If the natural speaks of the spiritual, I think a good lesson can be gained here beyond the biological. Truly, when confronted by fear, the best course is to stand one’s ground, or even attack, but to flee only invites more terror. 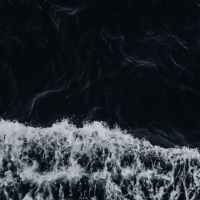